Autokurtas, a heavy-duty vehicle repair company, has been awarded with the transparent business mark Clear Wave. It is the first time when the appreciation of resistance to shadow economy and unfair business practices was given to a motor service company. The company emphasises that this demonstration of trust is important not only for Autokurtas, but also for the entire sector, which is still often associated with shadow economy.

“The vehicle repair and maintenance sector is still viewed as one of the most non-transparent in Lithuania. Heavy taxes of wages, environmental and safety requirements or other tax obligations are often mentioned for justification. Shadow economy results in a lower quality of services, distortion of the competitive environment and prevents business from contributing to the well-being of society. Therefore, the appreciation given to Autokurtas is a first step towards change, which may inspire other motor service centres to declare transparency,” says Arvydas Saročka, who is currently the acting director of Autokurtas.

He adds that a medium for fraudulent activities is also created by cash settlements, which is still a frequent practice, so the company plans to abandon such payments from the beginning of next year.

Every company wishing to receive the Clear Wave mark is to undergo a comprehensive inspection process consisting of recommendations from the State Tax Inspectorate, the State Labour Inspectorate, the Special Investigations Service and CreditInfo. Statements made by the company’s representatives in the public space, the values declared by the business and the principles of work are also taken into consideration.

Ieva Lapeikienė, the leader of the initiative, is glad that Autokurtas has voluntarily expressed its desire to join the initiative and receive a transparency mark.

“Having decided to join the initiative, a company undertakes to apply different operating principles and set higher transparency standards. Furthermore, if business adheres to ethical norms and all the requirements, it can apply its energy and potential to what is really important: creativity, innovation and the provision of highest-quality services. We are glad that more and more companies are voluntarily expressing their desire to be audited,” she says.

Autokurtas, which has been carrying out its activities for more than two decades, is engaged in the repair and comprehensive maintenance of all makes of tractors, trucks and other heavy-duty vehicles as well as the sale of truck parts. The company, which became the official representative of Ford Trucks in Lithuania last year, operates one of the largest heavy-duty vehicle service networks, and its customers include logistics, production, and trade companies as well as state institutions. Units of Autokurtas operating in four major cities of the country repair over a thousand commercial vehicles every month. The Clear Wave initiative aims to create a transparent business environment based on the principles of fair competition and a responsible and respectful relationship with employees, customers, partners and the state. Companies that have been awarded with the Clear Wave mark undertake to participate in public procurement procedures in a transparent manner, to comply with the laws of the Republic of Lithuania, to pay all established taxes and to settle fairly with their employees. 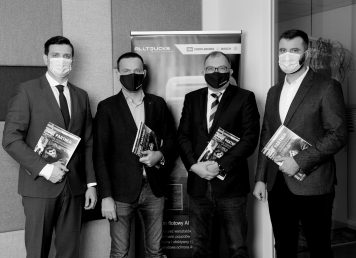 Autokurtas, one of the largest networks of heavy vehicle repair service in Lithuania, is becoming a representative of Alltrucks, the largest multi-brand network of truck repair centers in Europe, in Lithuania.
Sužinokite daugiau From now on, Renaldas Gineika will work in the team of the board of Autokurtas as an independent member. According to the company’s representatives, this step is aimed at even greater transparency of the company and higher professional level of its services.
Sužinokite daugiau 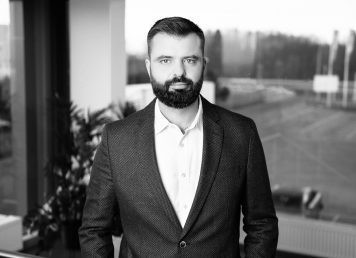 Marius Giedraitis has been appointed as the new CEO of Autokurtas, the company operating one of the largest heavy-duty vehicle repair networks in Lithuania.
Sužinokite daugiau
Register for a visit Phone us

This website uses cookies to improve your experience while you navigate through the website. Out of these, the cookies that are categorized as necessary are stored on your browser as they are essential for the working of basic functionalities of the website. We also use third-party cookies that help us analyze and understand how you use this website. These cookies will be stored in your browser only with your consent. You also have the option to opt-out of these cookies. But opting out of some of these cookies may affect your browsing experience.
Necessary Always Enabled

Any cookies that may not be particularly necessary for the website to function and is used specifically to collect user personal data via analytics, ads, other embedded contents are termed as non-necessary cookies. It is mandatory to procure user consent prior to running these cookies on your website.